The Seven Dials sundial pillar turned 30 on Saturday 29th June and I was commissioned to be the arts organiser for this Seven Dials Trust event. It was a pleasure to create a programme that reflected the rich history of the Dials and which provided an educational and fun afternoon for all our visitors!

All photos of the event © Gerard McNamara. 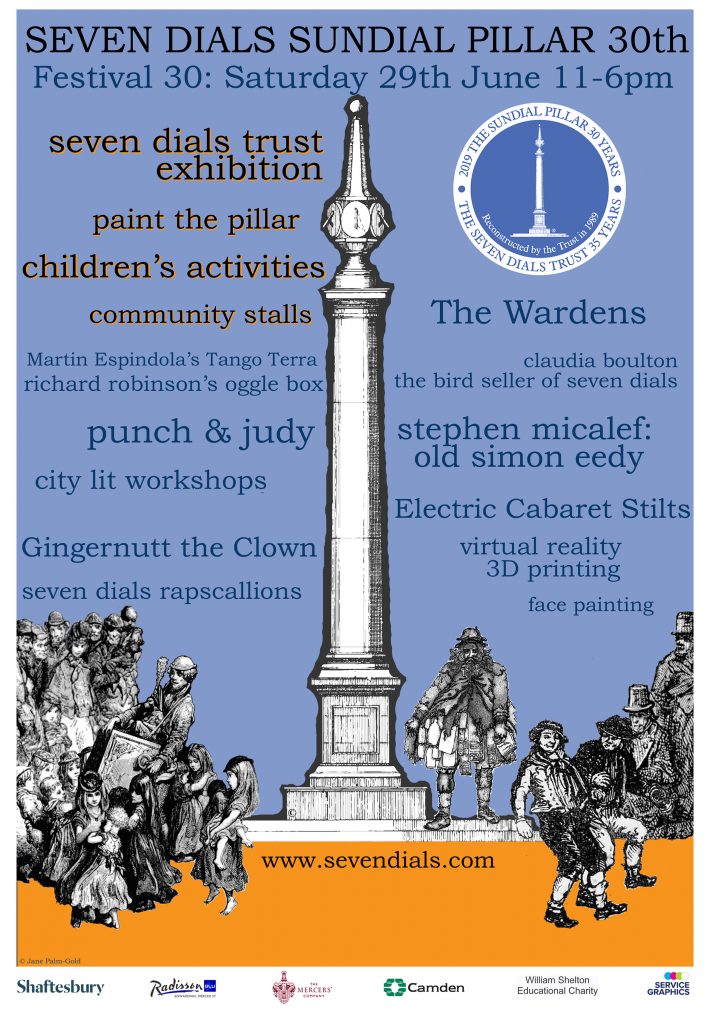 The Seven Dials Rapscallions were the first to start appearing on the Dials and brought the 1830s history of St. Giles to life. Hailing from far and wide, they descended on St Giles to provide their own brand of vivid Victorian historical street theatre. 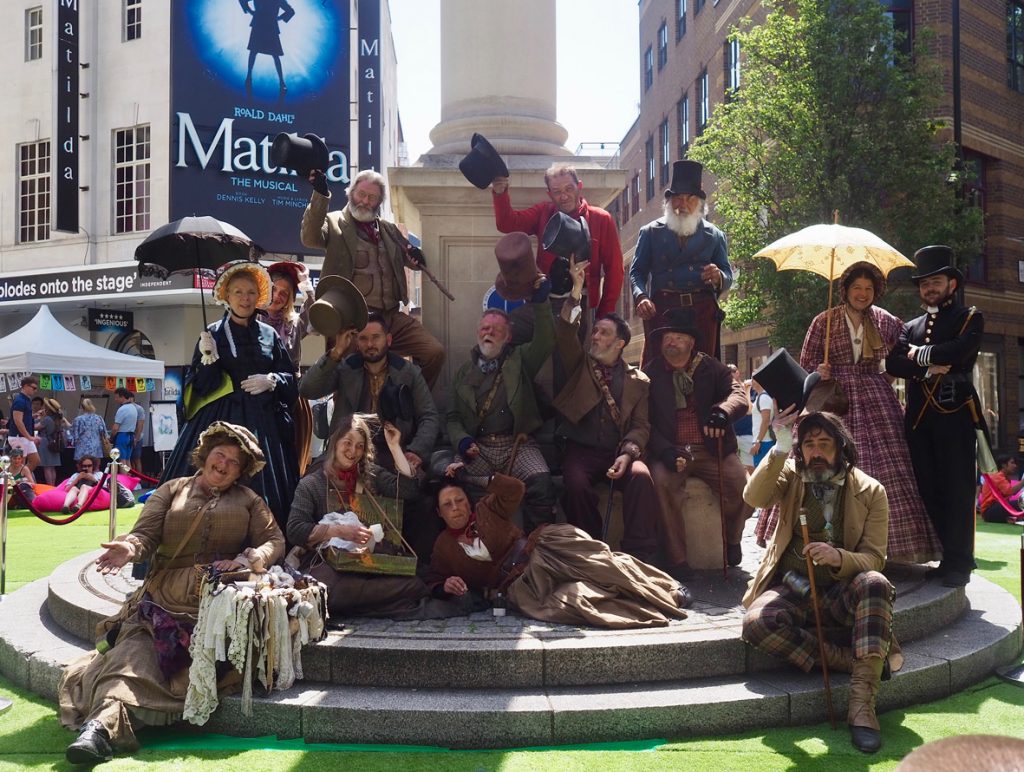 Another feature of the Dials in the 19th century was the noted Bird Fair that even Dickens wrote about. So it was only right that we had our own Bird Seller for the afternoon… 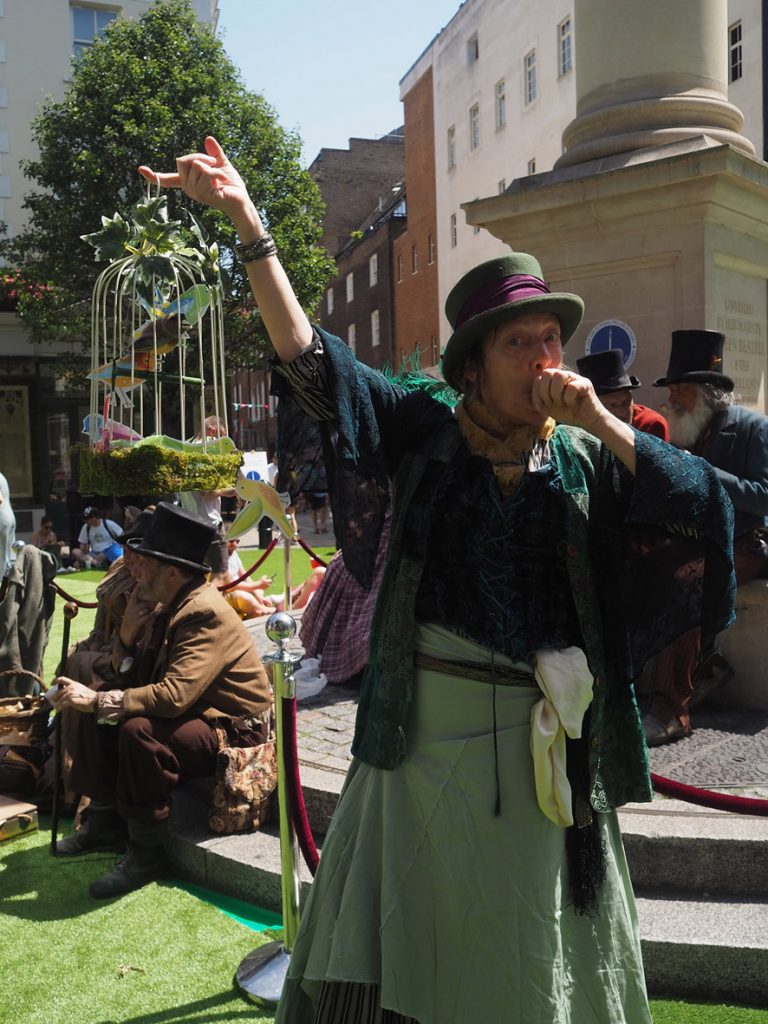 Our Bird Seller was followed by infamous 18th century beggar Old Simon Eedy, whose pitch was outside the gates of St. Giles-in-the-Fields church where he entertained the passers-by… His ‘Ode to the Dials’ poem began the afternoon’s entertainment… 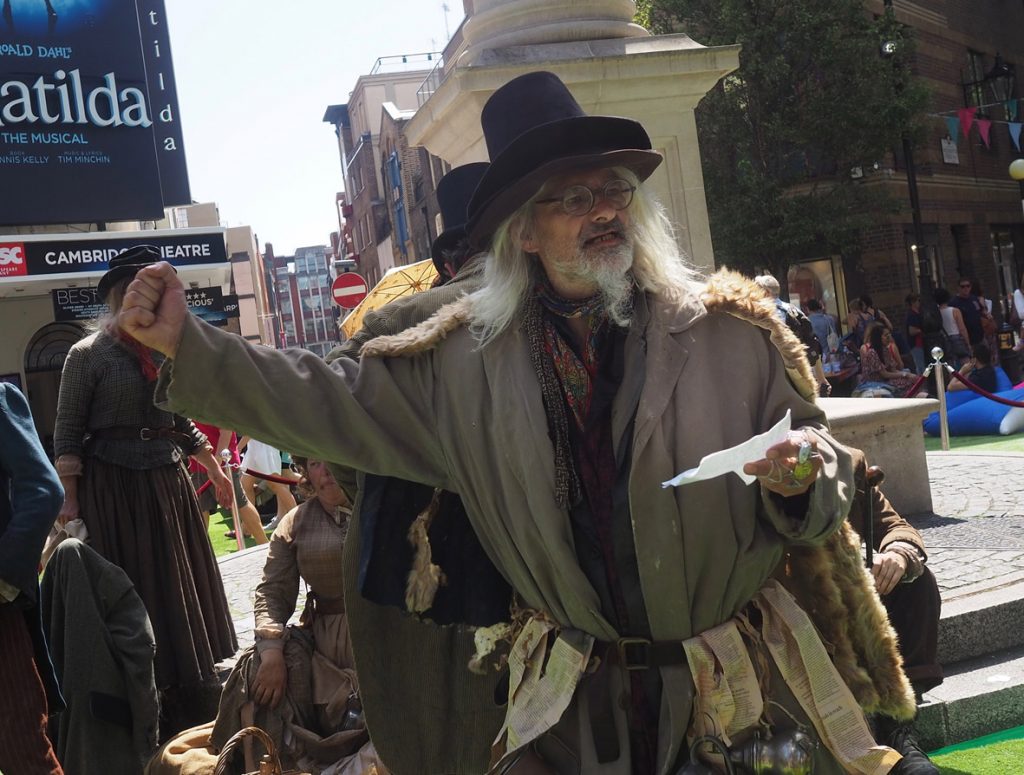 The Trust produced two exhibitions for the event that could be viewed by the public and we were very pleased to welcome the Camden History Society to the exhibition space to engage with our visitors. Local youth project Dragon Hall provided a virtual reality experience and 3D printing display for our younger audience members. 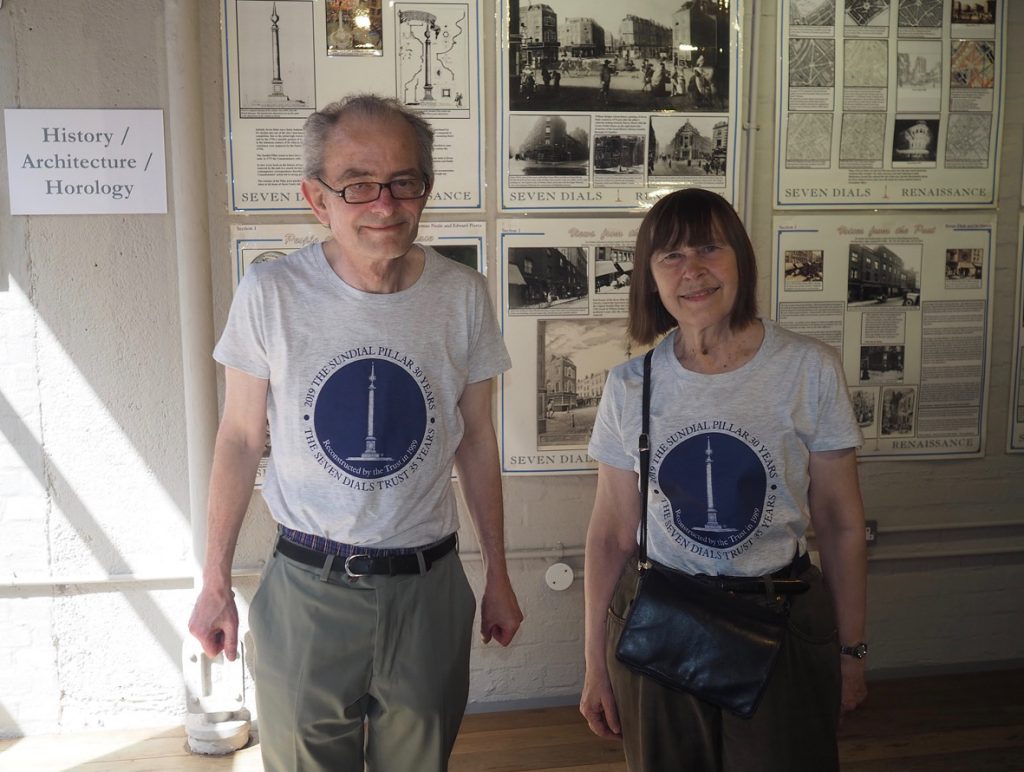 Meanwhile in the Children’s Activities area: as usual the wonderful David Wilde entertained both young and old… 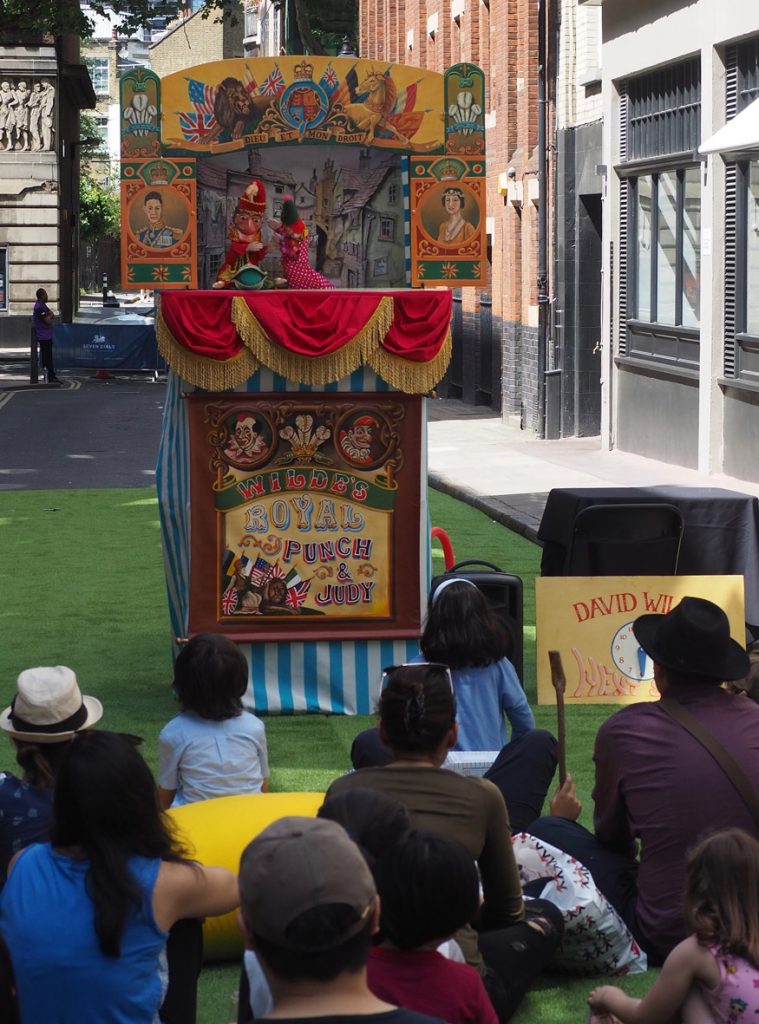 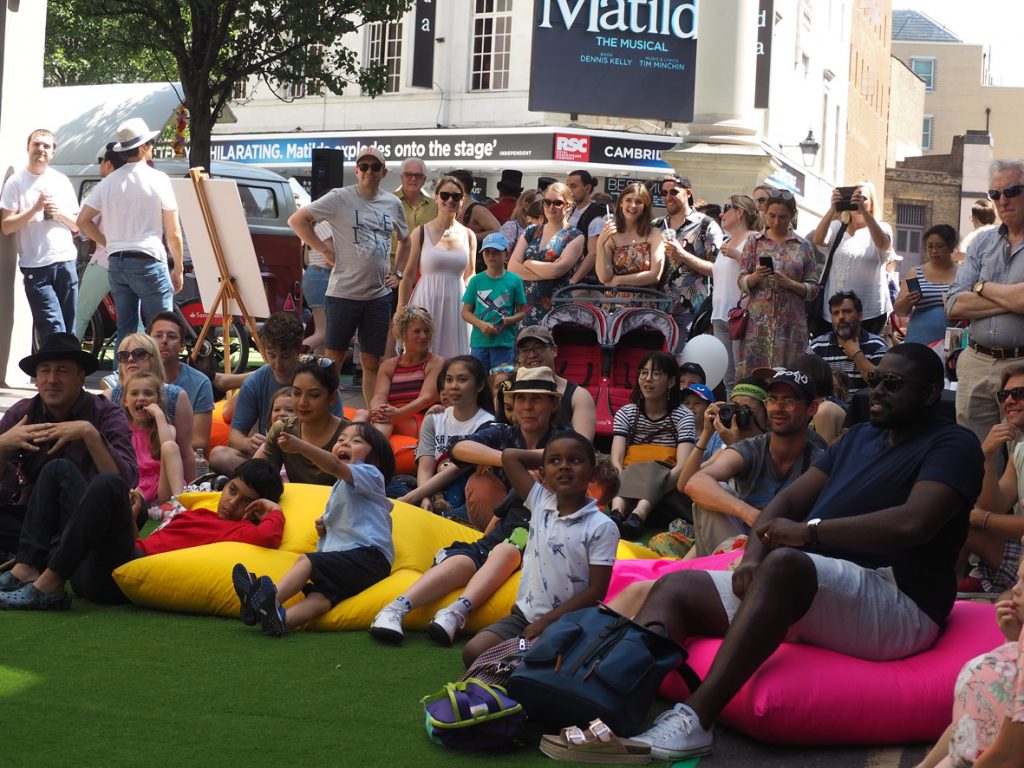 And Gingernutt the Clown was a big hit too! 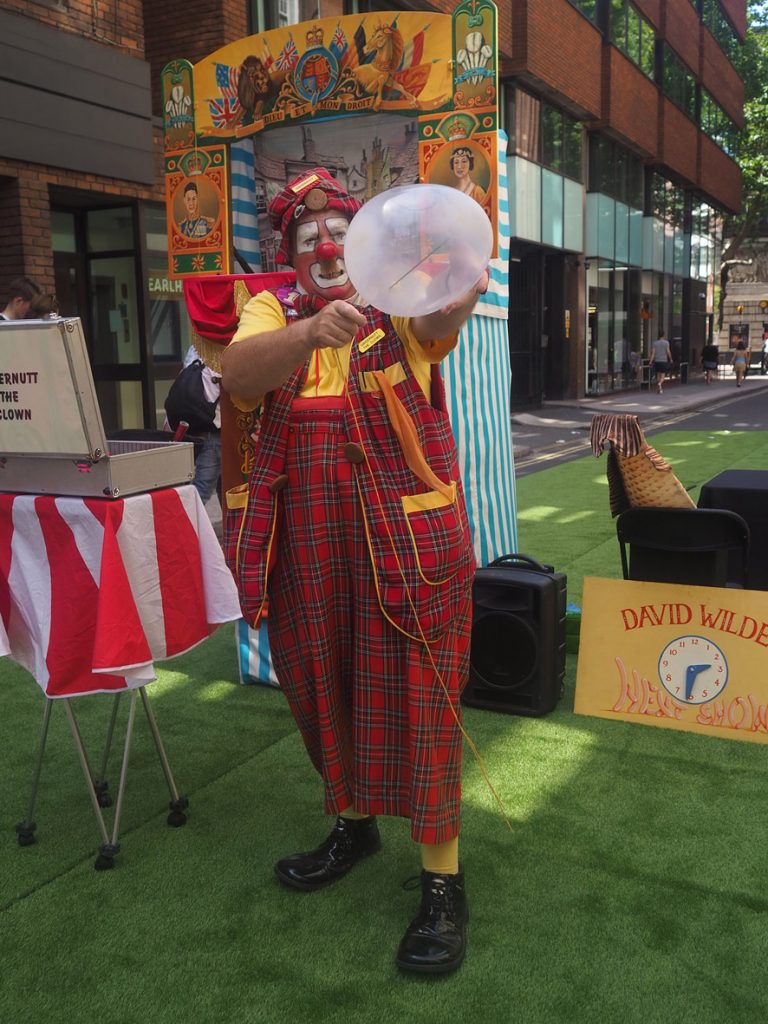 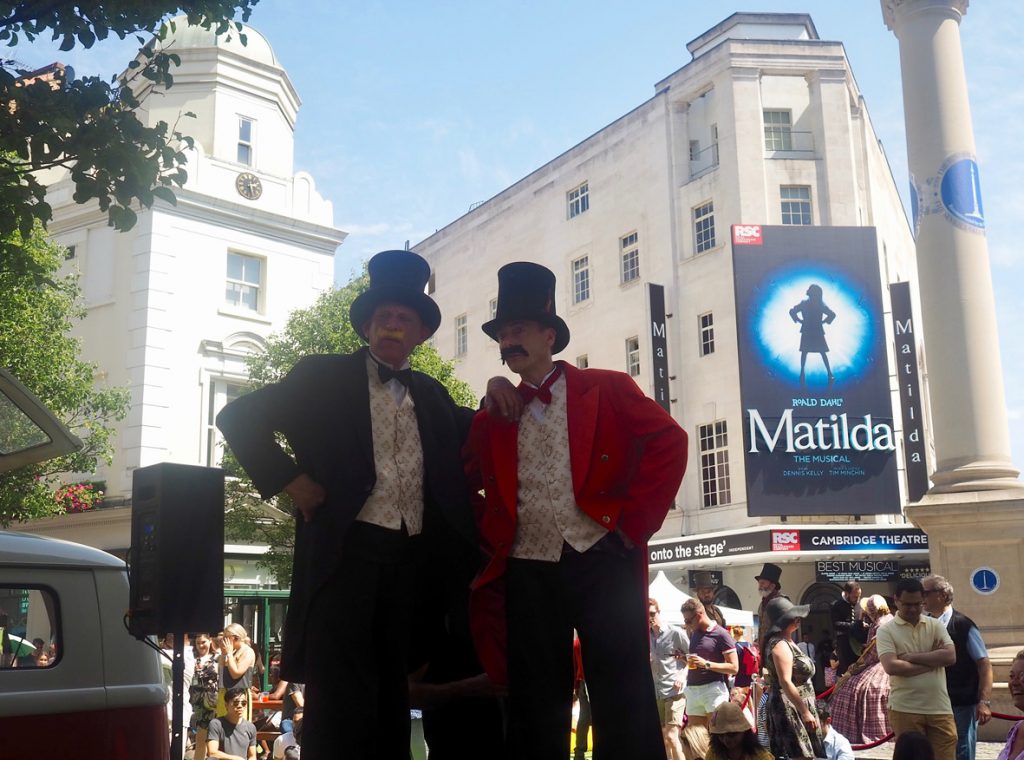 And The Wardens, who gave me an ASBO and ticketed anything that moved. A big hit with our audiences! 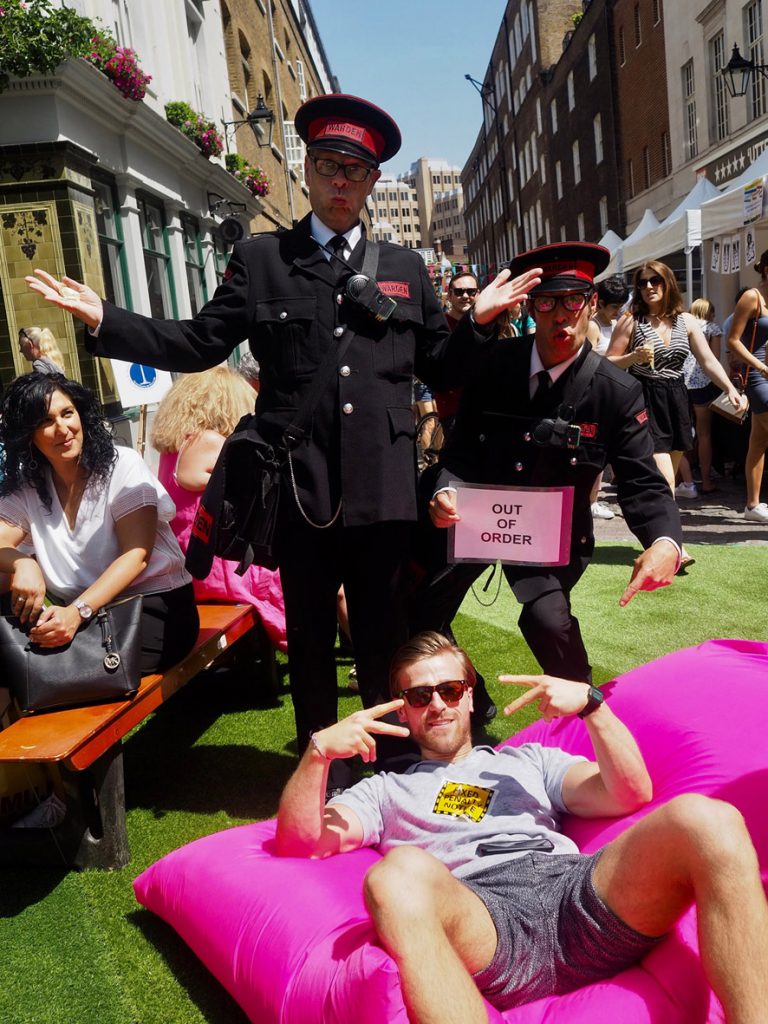 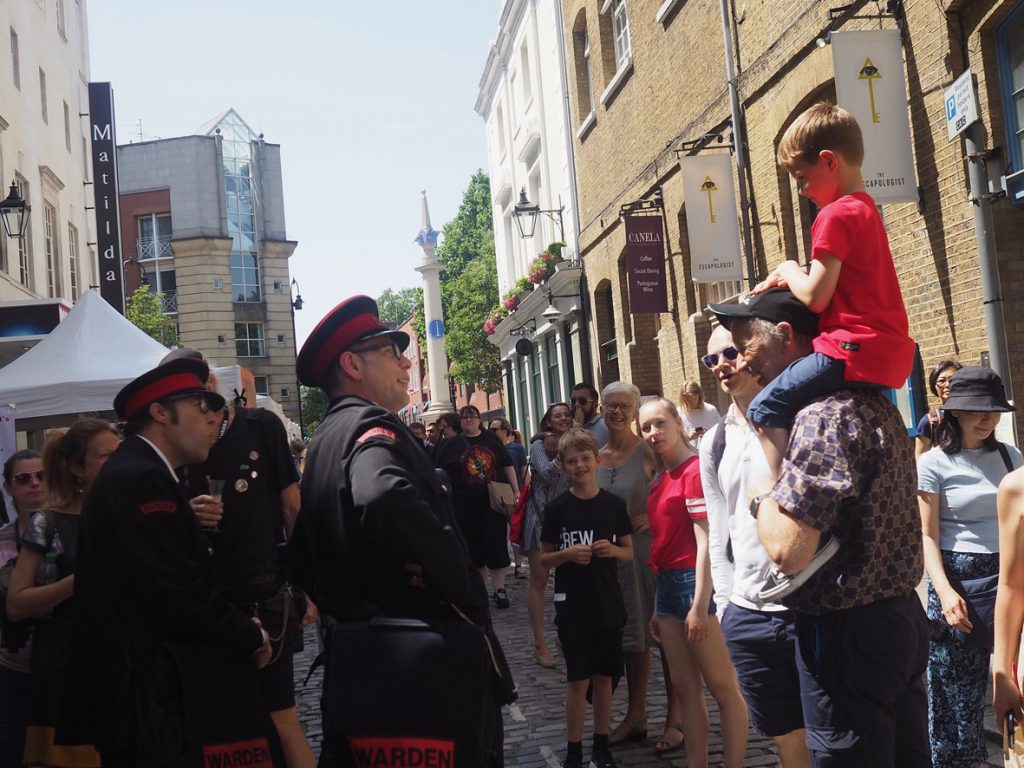 The Wardens entertaining the crowd

Whilst Martin and Carolina provided a Tango display around the Dials… 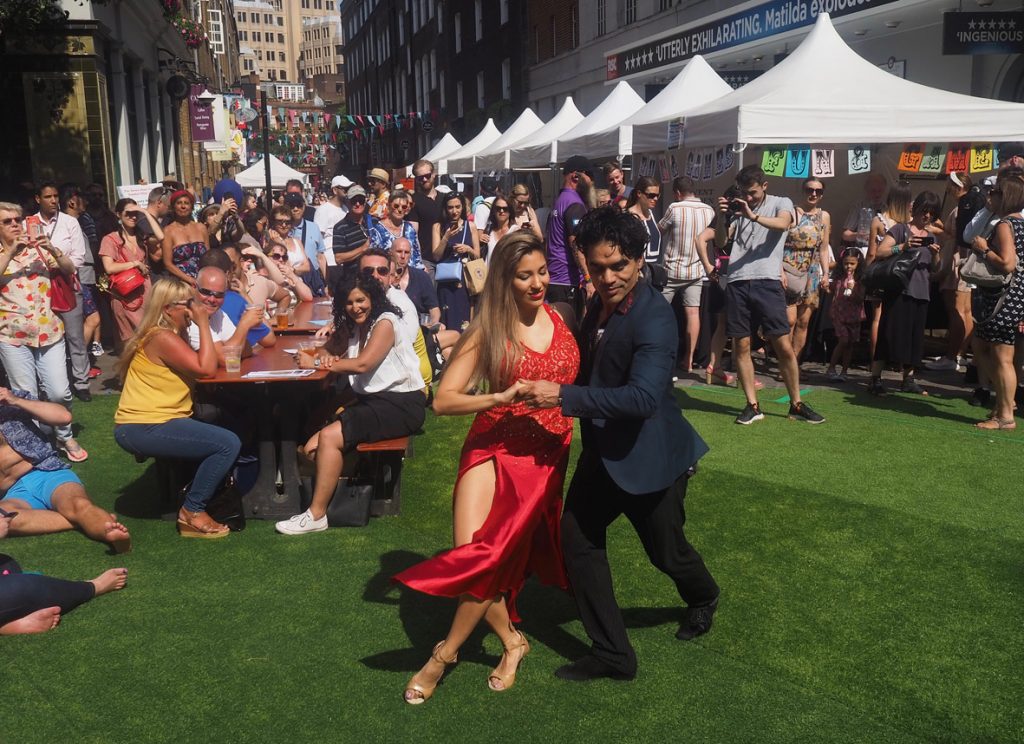 The afternoon was brought to a crescendo by speeches and a toast to the Sundial Pillar! 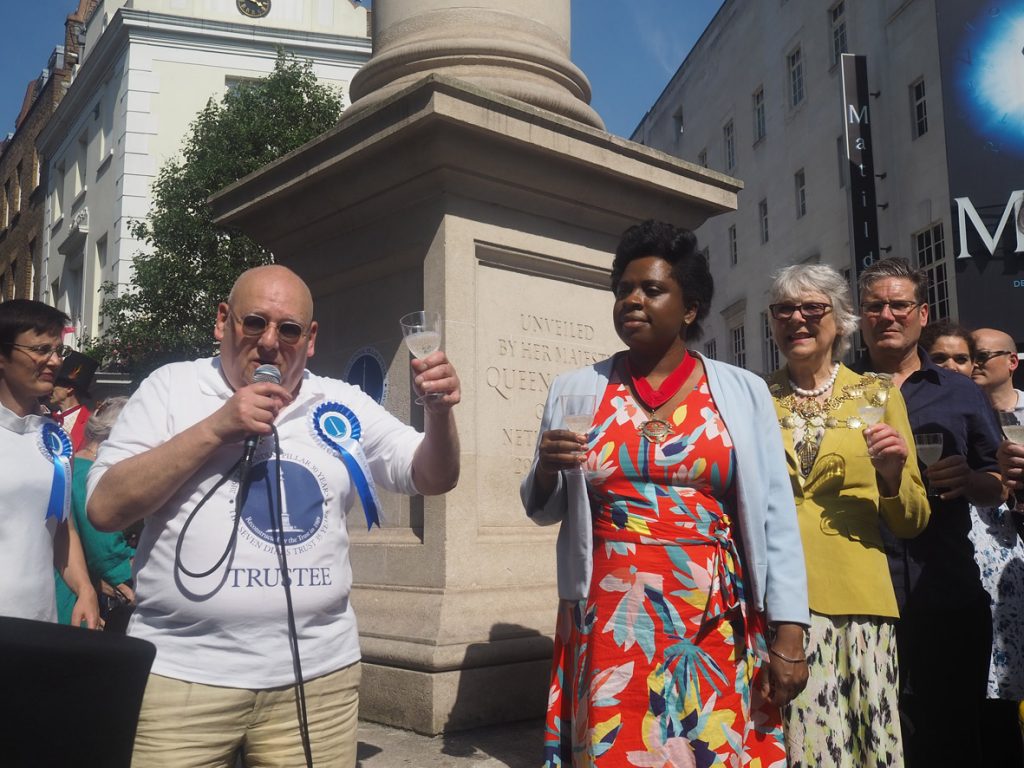